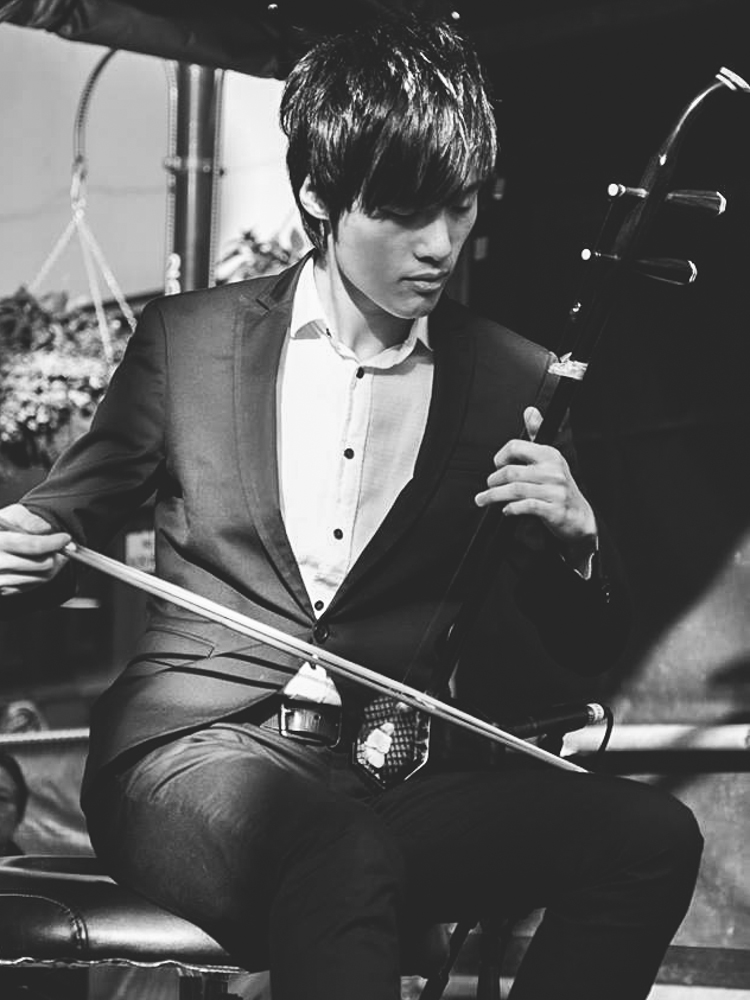 Having performed in over hundreds of concerts all over the world including the UK, the US, France, Netherlands, Switzerland, Japan, Malaysia, Hong Kong and Mainland China. In the UK, he is the first Chinese instrumentalist to perform in The Duke’s Hall in Royal Academy of Music and The British Museum in London, and the Royal Philharmonic Hall in Liverpool.

WAN PIN CHU is an international award-winning Erhuist from Hong Kong, who received his bachelor degree in Music and Composition and masters degree in Composition for Film, Television and Game from King’s College London and Royal College of Music respectively. While he was in London, he also received violin tuition at the Royal Academy of Music. As a composer for film, television, games and commercials. In November 2013, two films scored by him had their premier at The National Gallery in London. Wan has also taken part in the music scoring for a Hong Kong film ‘Overheard 3’, one of the highest grossing film series in Hong Kong. In the same year, Wan was invited by the Royal College of Music and School of Oriental and African Studies to give lectures about Chinese Music used in film scoring. In June 2014, he participated in the  NYU/ASCAP Film Scoring Workshop in New York. Currently, Wan is co-scoring a BBC six-episode documentary about Chinese history with Howard Davidson.